7 Things To Expect At A Japanese Onsen

a year ago by Charlie Horner • 8 min read

Why is onsen so popular in Japan? And what should you know before trying it yourself? Today we’re going to look at exactly what an onsen is, why people from all over the world love to visit them, and seven things you should expect when you visit one.

When I researched my first trip to Japan, the discovery of public bathing in Japanese onsen and sentō was enough to give my western, self-conscious sensibilities a panic attack. On flying home from that trip, though, I realized my Japanese public bathing experience was one of my favorite moments on the entire trip.

Onsen bathing has been a staple of Japanese culture for centuries, and it has been referenced in their earliest historical records. The act of bathing in an onsen is so important to Japanese people that many people even view it as a religious experience. Perhaps the idea of being *gulp* naked in front of lots of strangers is enough to put you off trying an authentic onsen experience, but practically everyone who tries it agrees it’s one of the best things you can do in Japan.

Public baths have long been a part of society in Japan, and the practice can even be traced back to Buddhist temples all over Asia. Originally a religious practice, public bathing became a convenient solution to a common issue – most people didn’t have baths in their homes. Sentō bathhouses typically consist of separate male and female areas, each containing rows of taps for washing, and one or more hot baths.

Even now, when almost everyone has access to their own bath or shower, many Japanese people still choose the sentō experience because it’s incredibly relaxing. Onsen has always been part of this traditional idea of public bathing, and of the cultural and scenic landscape of Japan.

“Onsen” is the name for a Japanese hot spring, but the word is commonly used as the name for facilities that surround these natural hot springs too. Onsen water is heated naturally in the earth, and it contains a large number of different minerals enjoyed by monkeys and humans alike!

Japanese people believe that bathing in an onsen can cure a multitude of different illnesses like poor circulation, high blood pressure, and in some cases infertility. Even if you don’t have any of those ailments, bathing in an onsen is an incredibly relaxing experience.

Japan is a volcanic country, and as such the minerals are abundant and mean that there are different types of onsen, some of which include: sulfur onsen, sodium chloride onsen, hydrogen carbonate onsen, iron onsen, and ordinary onsen. If you’re doing a tour of Japan, you could probably try them all! That’s not an exaggeration either – there are onsens all over Japan, so no matter where you’re staying, you’ll be able to experience this quintessentially Japanese pastime.

As well as different abundances of minerals, many onsens have different set-ups too. Some are stand-alone baths, while many locations have baths clustered together. Some have lots of covers, or are indoors, while many are outside making the most of the gorgeous scenery surrounding them. Some onsen are even situated within ryokans, which are the Japanese version of an old-fashioned inn (you can learn more about them here).

Ryokans are great because you can experience onsen in a more private environment, with most ryokan accommodating fewer people than a public onsen, and with some offering a completely private experience.

Don’t pack your swimsuit just yet…

There’s one aspect of visiting an onsen that sounds like a deal-breaker for most western visitors – you have to be naked the whole time. Like, have to be naked. No swimsuits, no sitting at the side of the bath with a cocktail and kimono, just good old-fashioned public nudity.

This might sound strange if you’ve ever read anything about Japan’s shy inhabitants but let me reassure you, they’re not secret exhibitionists. They’re simply enjoying an incredibly relaxing experience that’s been part of their culture for a very long time.

Not to overshare, but I’m an incredibly self-conscious person, so the thought of getting naked and having a bath with a bunch of strangers completely terrified me. It’s so out of character for me, that most of my friends and family back home could hardly believe I’d done it, let alone believe that I’d thoroughly enjoyed the experience (I really did!).

The thing is, as terrifying as it may seem, you realize when you’re there that you’re the only person that’s worrying about it. Japanese people are so used to the practice that they really don’t care that you’re naked. They’re respectful and discreet, so nobody’s likely to be staring at you anyway. Once you get past your own insecurities, onsen can be one of the most relaxing things you’ve ever experienced.

So now I’ve talked you into showcasing your birthday suit, what onsen etiquette should you know before you go? Here are 7 things you need to know before you enjoy Japanese onsen.

7 Things To Expect At An Onsen

If you have a tattoo, it could dictate whether you’re able to enjoy onsen at all. Japan has a complicated relationship with tattoos (irezumi), because they’re historically associated with criminals, and currently, an indicator that somebody is probably part of the Yakuza (the Japanese mafia – find out more here).

Even in modern times, the worldwide acceptance of tattoos has not influenced Japan into fully tolerating them, and most onsen still bans people with tattoos from using any of their facilities. It’s an indirect way of banning gangsters but unfortunately applies to locals and tourists alike.

If you have a small tattoo, covering it with a band-aid should suffice. But if your tattoo(s) cannot be covered, you might have to simply ask “irezumi wa daijōbo desu ka?” which means “are tattoos ok?”. A very small selection of onsen allows people with tattoos, but you should be aware that you might still get a few looks from the locals and even some complaints.

2. You'll need to get naked

Once you’ve hit the changing rooms there’s really no way around it – you have to get completely naked. Not only is this the tradition, but it’s also considered unclean if you take clothes and fabrics into the water itself. Most onsens provide lockers or baskets for your possessions, and keep in mind you can’t carry things around the onsen with you. The only thing you take through to the onsen area itself is the small towel you’ll be given at the reception desk (for free or for a small charge).

For those of you who still find this concept anxiety-inducing, please let me reassure you that your anxiety will subside after 5 minutes in the onsen (as might every other worry you have – it’s that relaxing). As soon as you’ve seen with your own eyes that the Japanese patrons really don’t care about anyone’s nudity, you’ll likely lose your self-consciousness and be able to immerse yourself in the experience (and the water of course).

If the nudity really isn’t something you can handle, you could potentially find a ryokan inn that has private bathing facilities (rotenburo) attached to the rooms, but this is definitely one of your more expensive options.

3. You have to wash thoroughly before stepping into the onsen

Once you’ve determined which onsen you want to visit and then subsequently undressed, you’ll notice there are rows of small stools and possibly showers or taps at waist height (some of the most traditional and remote onsens have buckets and ladles). Even when bathing in their own homes, Japanese people will shower first, and to bathe without showering first is considered very unclean.

This makes even more sense when you consider that many people share the onsen baths, so it’s imperative everyone is clean.

Shampoo, conditioner, and soap are usually provided. Simply sit on one of the stools provided and wash from head to toe. Try to ignore your instinct to stand up while you shower, because you could splash somebody sitting near you, which is considered very impolite. You should also make sure you rinse every little bit of soap from your body, as you wouldn’t want to contaminate the onsen.

4. You’ll need to be modest and quiet

Just because everyone is naked doesn’t mean you need to show anything off. Japanese people are generally shy and discreet and will go about their bathing in a reserved manner, so you should too. You’ll also immediately notice there’s a calm and quiet atmosphere, so if you’re there with friends you should try your best not to be too loud. It’s fine to chat quietly though.

(Also, I would really hope this doesn’t need to be said, but just in case – no splashing, dive-bombing, or handstands, etc).

5. You have to keep your towel and hair out of the onsen

In the same way, people need to be clean before they enter the onsen water, you should always be sure to keep your towel and hair out of the water. You’ll be provided with a small and a large towel (either for free or for a small fee) – the small towel can be taken to the onsen area, while the large towel should be left with your clothes.

You should use the small towel to wash and wipe yourself down when leaving the onsen, but don’t let it touch the water! You can rest the towel on your head as most of the locals do. And if you’ve got long hair, remember to bring a hair tie! Nobody wants to be bathing in hairballs.

6. You’ll need to be hydrated (and sober)

The water in an onsen is naturally pretty hot, but your body will quickly acclimate to it once you step in. Of course, this means it’s a great idea to be well-hydrated, and a great idea to avoid alcohol before your first onsen experience. Some people say that there’s nothing better than sitting in your ryokan room, enjoying a cold beer in your own private onsen, but we couldn’t possibly comment on that (actually that sounds amazing). Also, the same swimming rule applies here – don’t eat right before you bathe.

7.  It will be incredibly relaxing and enjoyable

It can be easy to worry about the rules and getting everything right while you’re in Japan, but you mustn’t forget to enjoy yourself while experiencing onsen for the first time. It truly is an incomparable experience to be bathing in clean, volcanic water, often while taking in the breathtaking scenery. Likely, you won’t experience anything like it anywhere else in the world, so try to relax and take in the whole experience. And if you really can’t stop worrying about being naked? Keep in mind that Japanese people see communal bathing as a great leveler, which basically means you’re all in the same boat because everyone is naked.

We hope this guide tells you what to expect when you’re visiting an onsen in Japan, but if you want to know something that’s not on our list – tell us in the comments! 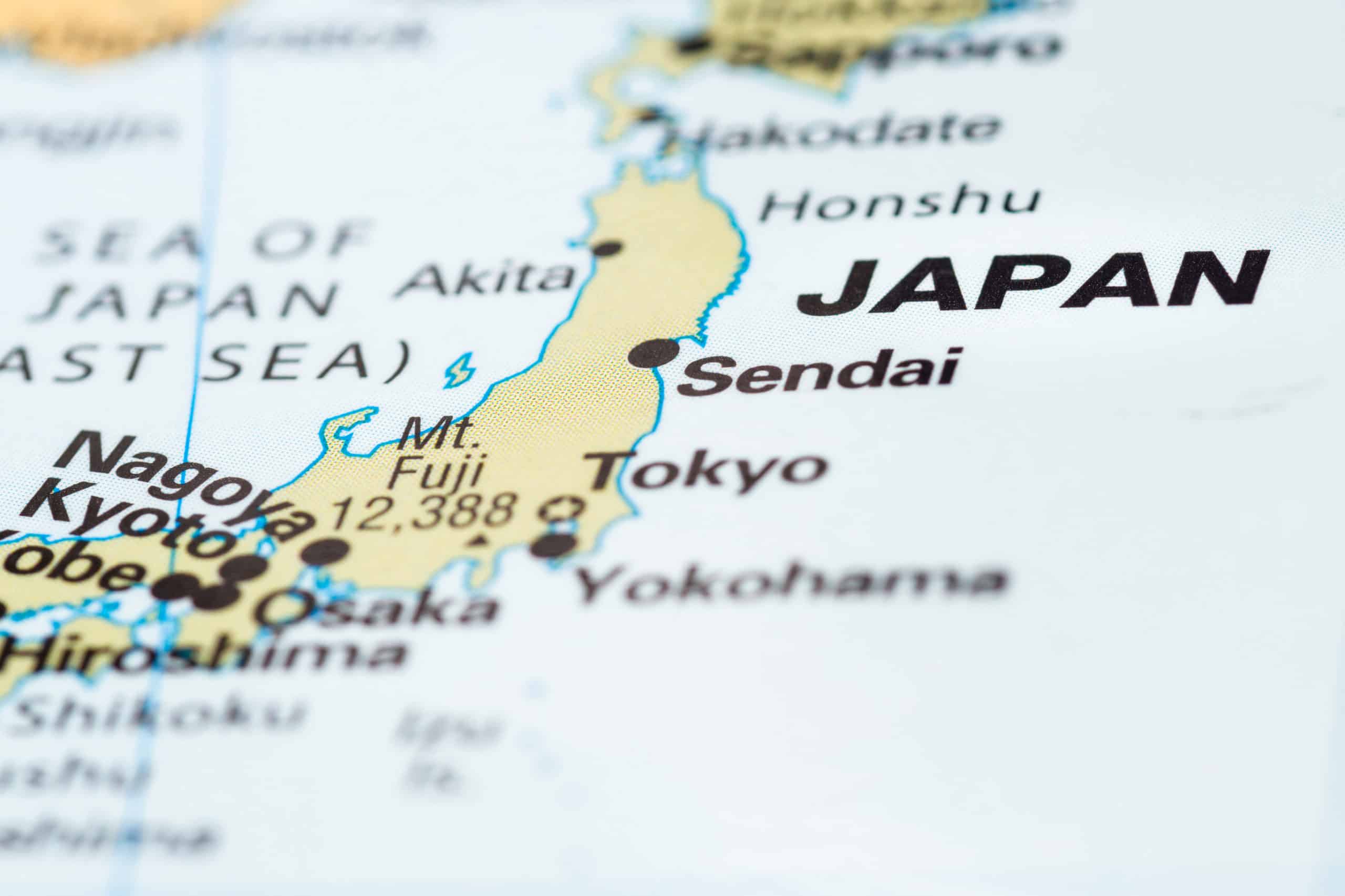 What Can You Do For One Week In Japan? 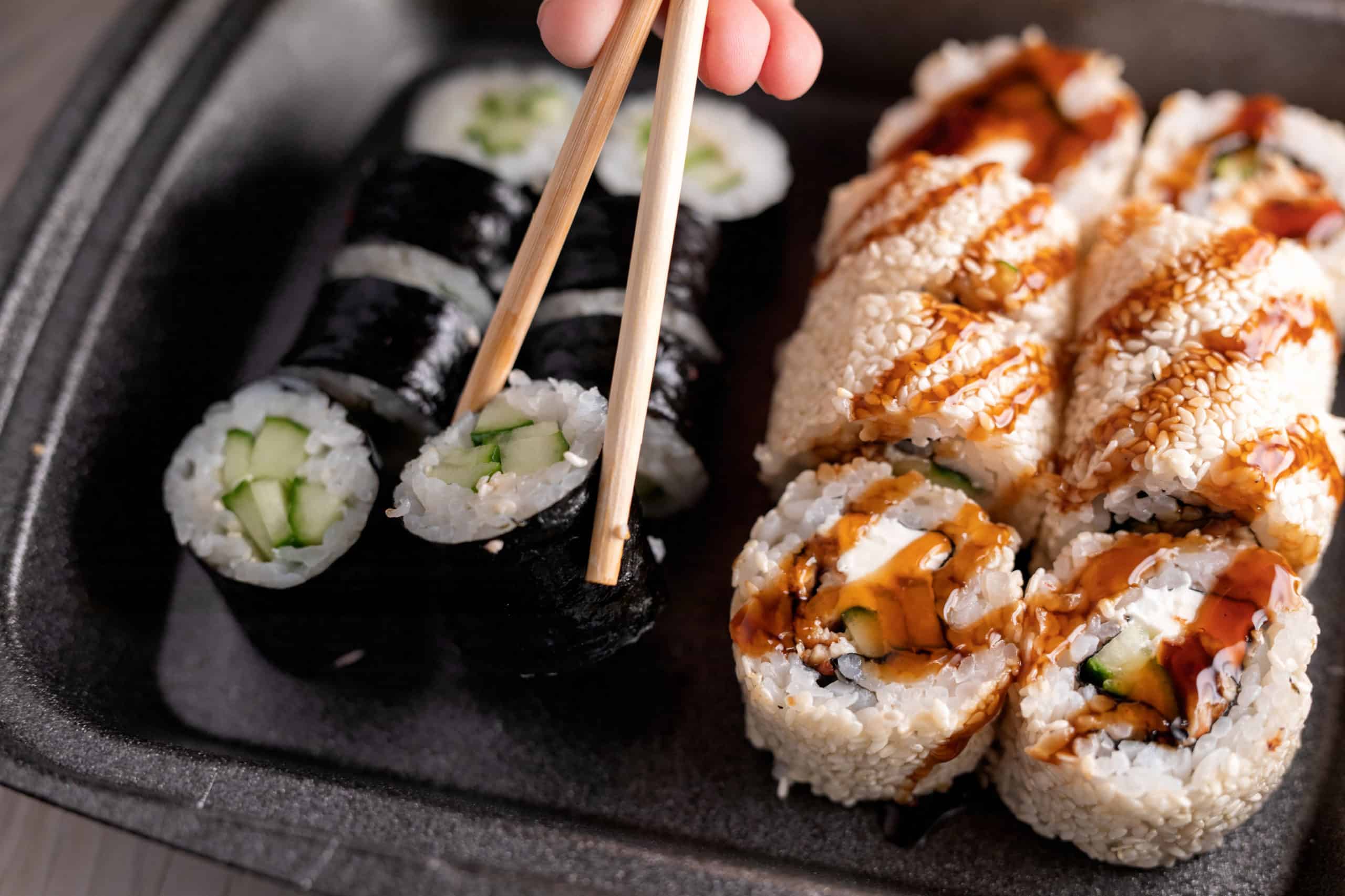