Discover the importance of the history of Sakura and how the cherry blossom has evolved into the present-day tradition of hanami. With the right timing, you might just be able to experience this magnificent event for yourself.

“Cherry blossoms, cherry blossoms,” goes a famous Japanese folk song. “In fields, mountains and villages, as far as the eye can see.”

Sakura is the name for the Japanese cherry blossom tree, but it’s so much more than that. The blossoms the trees produce each year in a brilliant but short-lived explosion of color are an ancient and fundamental part of Japanese culture.

While their natural beauty alone is worth experiencing, the symbolism of sakura makes them truly magical. This symbolism has played a role in Japan’s history from the beginning.

The Sakura Cherry Blossom and Its Symbolism

The blossom of the Prunus serrulata cherry tree, known as sakura in Japanese, is one of the country’s most important cultural and national symbols. These trees are common in Japan, but you can find them around the world. Specifically, they grow in temperate zones around the northern hemisphere in East Asia, the Indian subcontinent, Europe and North America.

All species of the Prunus genus produce some kind of fruit, but most, including the Japanese sakura cherry, aren’t very tasty. Instead, this species’s main claim to fame is its beautiful blossom. In late March, the trees explode with beautiful white and pink blossoms all at the same time. These flowers only last for a few weeks, until some time in the beginning of May.

The cherry blossoms don’t last very long, and this is exactly why they are such an important symbol in Japan. They represent the temporary and ephemeral nature of life. They are beautiful and vibrant, like life, but they only last a short time. In this way, they symbolize mortality.

In Japan, it is an ancient tradition to watch the cherry blossoms. While the exact customs and activities have changed over the centuries, the basic principle remains the same. People meet with family and friends to eat and drink and observe the beauty of the magnificent but short-lived cherry tree flowers. This is called hanami.

Origins in the Nara Period

Hanami was first recorded as a major part of Japanese culture during the Nara Period, beginning in the early 8th Century. However, texts from the time describe cherry blossom viewing from as early as the 3rd Century, so it’s possible that it’s even older.

Originally, the cherry blossom season signified the beginning of the rice-planting season. People made offerings to the kami gods of the Shinto religion, who they believed lived inside the trees. Drinking sake was a major part of this.

By the Heian Period at the end of the century, hanami had caught on with the upper classes. Emperor Saga specifically, who reigned from 809 to 823 AD liked to have parties to view the blossoms.

These were elaborate affairs with free-flowing sake and lots of food located beneath the sakura cherry trees in the Imperial Court in Kyoto. Musicians and poets would also come to entertain and dedicate art to the beauty and symbolism of the trees. This is when Hanami became a fundamental tradition of the nation.

Popularization in the Edo Period

Although hanami began as early as the 3rd Century, it was only ever practiced by Japan’s wealthy nobility. This changed during the Edo Period, which began in 1603. By this time, the Tokugawa Shogunate had achieved control over the entire country and ruled as a military dictatorship, relegating the emperor to a symbolic role.

With the rise of the shogunate and military control of the government in Japan, the samurai had come to participate in cherry viewing as well. From there, it spread to the common people. In fact, Tokugawa Yoshimune, who was the eighth shogun of the Tokugawa Shogunate, encouraged this by planting large areas of cherry blossoms so people could have feasts and parties beneath them in the spring.

The Importance of Sakura in World War II

The cherry blossom has always been an important national symbol of the Japanese, so during World War II, the nationalist government used it extensively to promote patriotism and Japanese pride. In fact, propaganda regularly compared Japanese soldiers to cherry blossoms. This had a dual meaning. First, the soldiers would spread like the blossoms did in the wind. Also, they would live short but glorious lives.

In this vein, Japanese soldiers used them as motivational and sentimental symbols. For example, pilots painted sakura cherry blossoms on their planes before kamikaze suicide missions. Sometimes, they would even carry the branch of a cherry tree with them.

Similarly, a chant of “Sakura, Sakura” was the last broadcast of the besieged Japanese forces on the island of Peleliu where they fought the US 1st Marines and 81st Army Infantry to the last man. In this way, it represented the beauty of youth and their sacrifice for Japan and their emperor.

Beyond this, imperial Japan even used cherry blossoms to solidify and symbolize their colonization of foreign territories. The government planted cherry trees in places they conquered to show it was now claimed by Japan.

Representations of Sakura in Japanese Art

A simple painting of a blooming cherry tree, this work is by Yamada Shokei, who helped found the Japan Art Society. The weeping cherry tree stands alone in the Gion district of Kyoto. Painted in 1894, the sakura tree depicted still stands in Maruyama Park in Gion. This famous woodblock book print is held in the Asian Division of the US Library of Congress.

This woodblock print by Kitao Shigemasa shows a hanami sakura viewing party during the Edo Period. Produced sometime between 1772 and 1776, it portrays three women and a man eating and drinking in Asukayama Park under the cherry blossoms. In 1720, Tokugawa Yoshimune planted a number of cherry trees there to allow the common people to participate in hanami.

This is a traditional Japanese folk song that is a popular melody from the Edo Period. Its lyrics poetically describe the cherry blossoms and encourage the listener to go see them. The song has come to represent Japan and is often played in international settings. Traditionally, the song is played on a bamboo flute known as the shakuhachi.

Still, after all the centuries, hanami is a big tradition and celebration in Japan. In fact, it might be more popular than ever. People often go days before to hold a place under the cherry trees for their party.

The trees first begin to bloom in Okinawa in the far south. It then basically moves up the country, the last trees to bloom being those in Hokkaido, the northernmost island. The trees begin to bloom sometime around the end of March, but the exact date depends on many meteorological factors. Now, many companies use advanced scientific techniques to predict when it will happen. For example, in 2018, the trees began to bloom in Fukuoka on March 21, in Kyoto on March 27, in Tokyo on March 26, and in Sapporo on May 1.

These days, the parties can get pretty crowded and loud. Young people pack the parks to drink sake, eat food, and listen to music. Traditional food served during hanami includes dango rice dumplings and bento meals.

Cherry blossoms are all over Japan. No matter what part of the country you’re in, there’s somewhere close by where you can participate in hanami. In fact, the Japan Cherry Blossom Association published a list of the 100 of the best cherry blossom spots. It includes at least one place in every prefecture. Almost all of them fall into one of these three categories.

It’s a good bet that any large park in Japan will have cherry blossoms. In Japan’s major cities like Tokyo, Osaka, and Kyoto, parks are some of the go-to places for hanami. In Tokyo, Ueno Park and Sumida Park are two excellent choices. Ueno Park especially is easily accessible and near other attractions like the zoo and museums.

In Kyoto head to Kasagiyama Natural Park just to the south of the city. You can also go a little farther south to Nara. The ancient grounds next to the temples of Todai-ji, Kofuku-ji, and the Kasuga Shrine are a UNESCO World Heritage Site and amazing even if it isn’t sakura season.

In Osaka, both the Osaka Castle Park and Osaka EXPO Park are considered great spots.

Both Buddhist and Shinto temples are great places to go for hanami. Not only do they often have well-cared-for gardens, but the temple grounds add an extra touch to the viewing. Kyoto is an especially good place to go participate in hanami on temple grounds. Famous temples include Ninnaji and Daigoji.

Since hanami was confined to the upper classes for so long, it makes sense that some of the best gardens are around castles and palaces. Of course, these days most of these are open to the public. Particularly famous locations include Himeji Castle and Hirosaki Castle.

But the very best place…

… is Mount Yoshino in the Nara Prefecture. Widely considered to be the most beautiful spot for sakura viewing, the mountain is well outside of the city and also great for taking a dedicated trip and having a picnic under the trees. Sometimes you can even go at night because the government lights up the area.

The mountain features around 30,000 different varieties of cherry trees, which leads to incredible colors and patterns. The sakura blossoms are normally visible for most of April, but you should definitely check the year’s predictions to know the right time to go. Take part in this ancient tradition that encapsulates the beautiful culture of Japan. 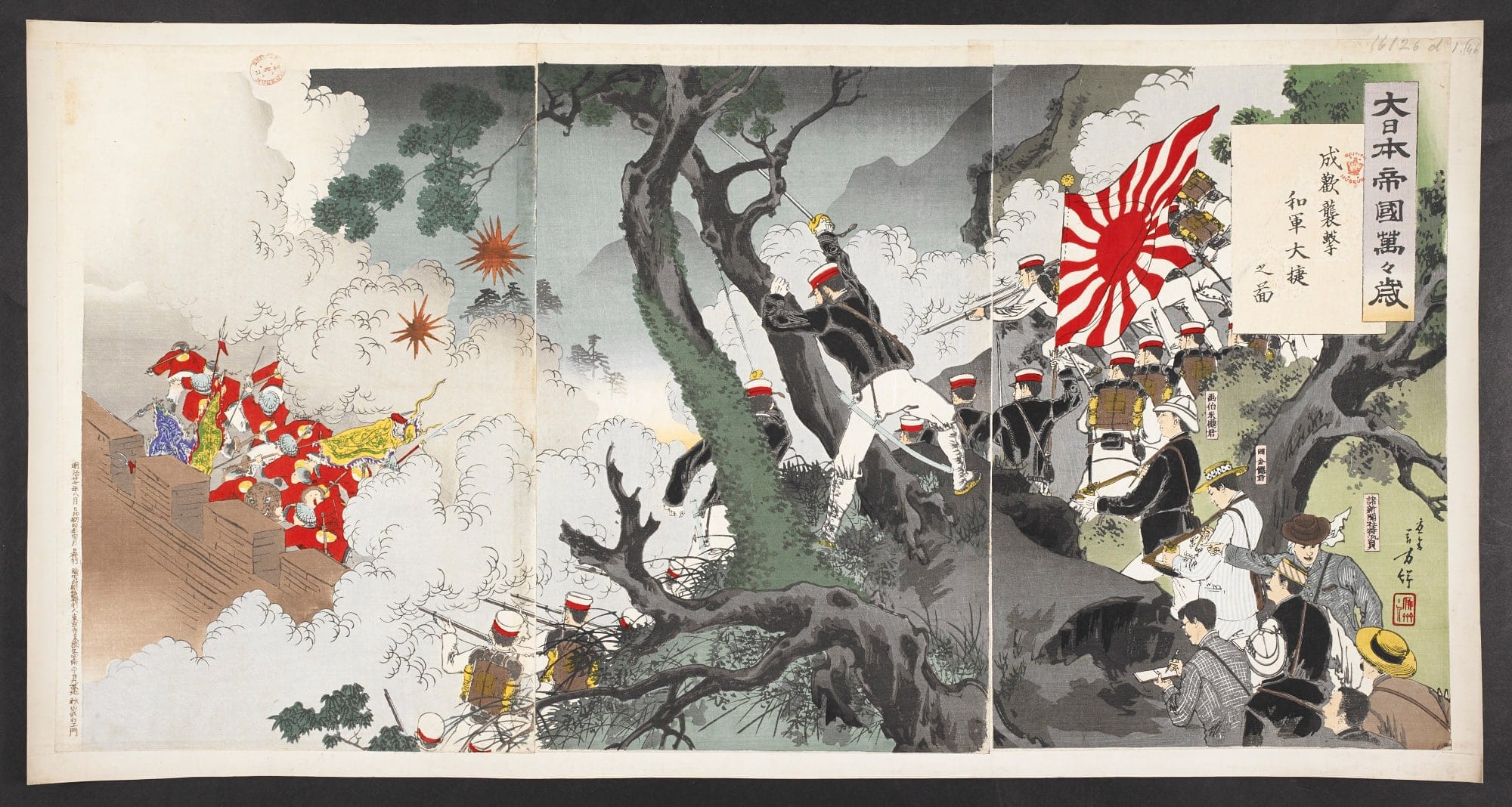 Why is Japan An Empire? 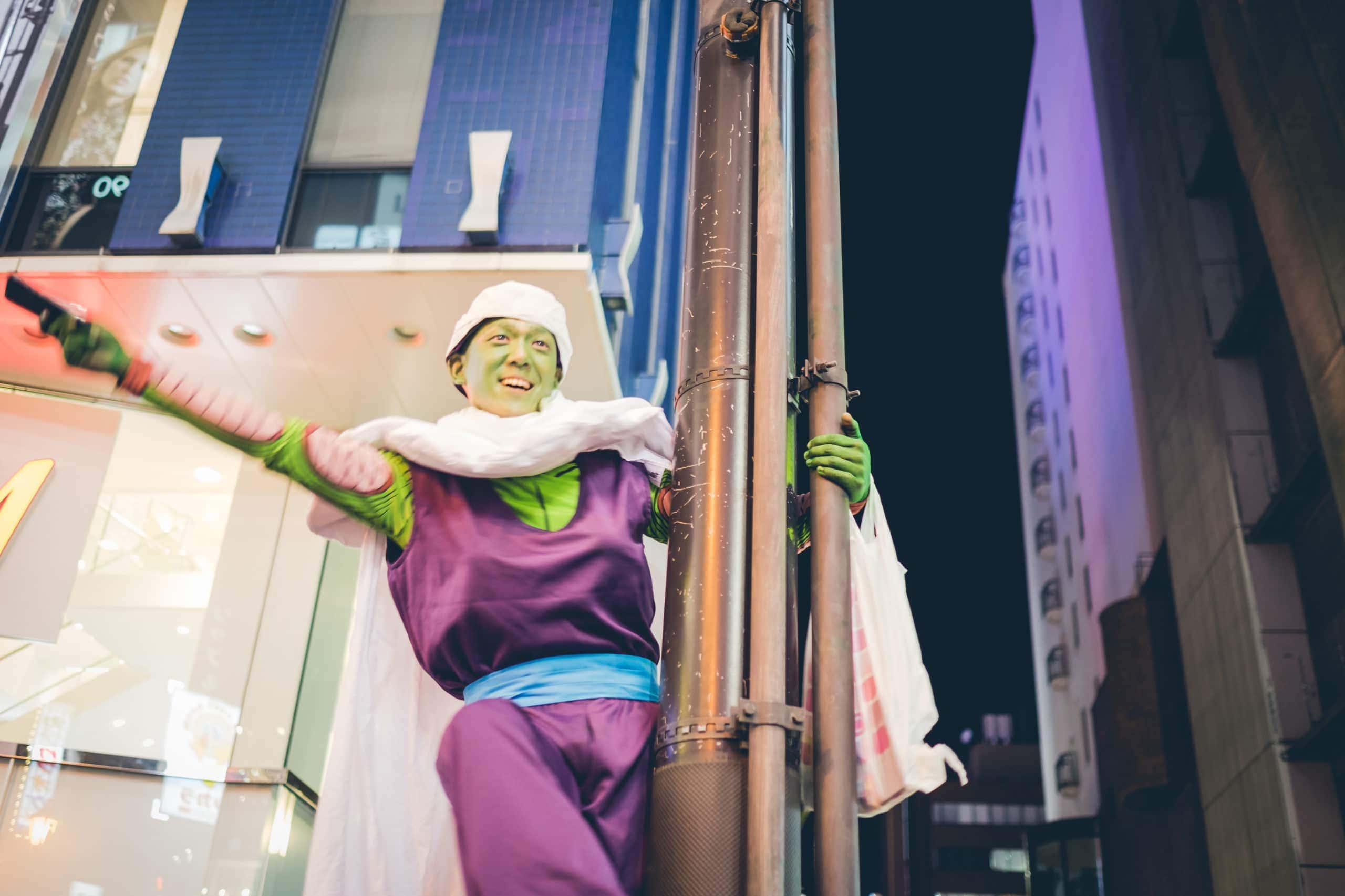 How Does Japan Celebrate Halloween?

How Many Islands Are There in Japan? 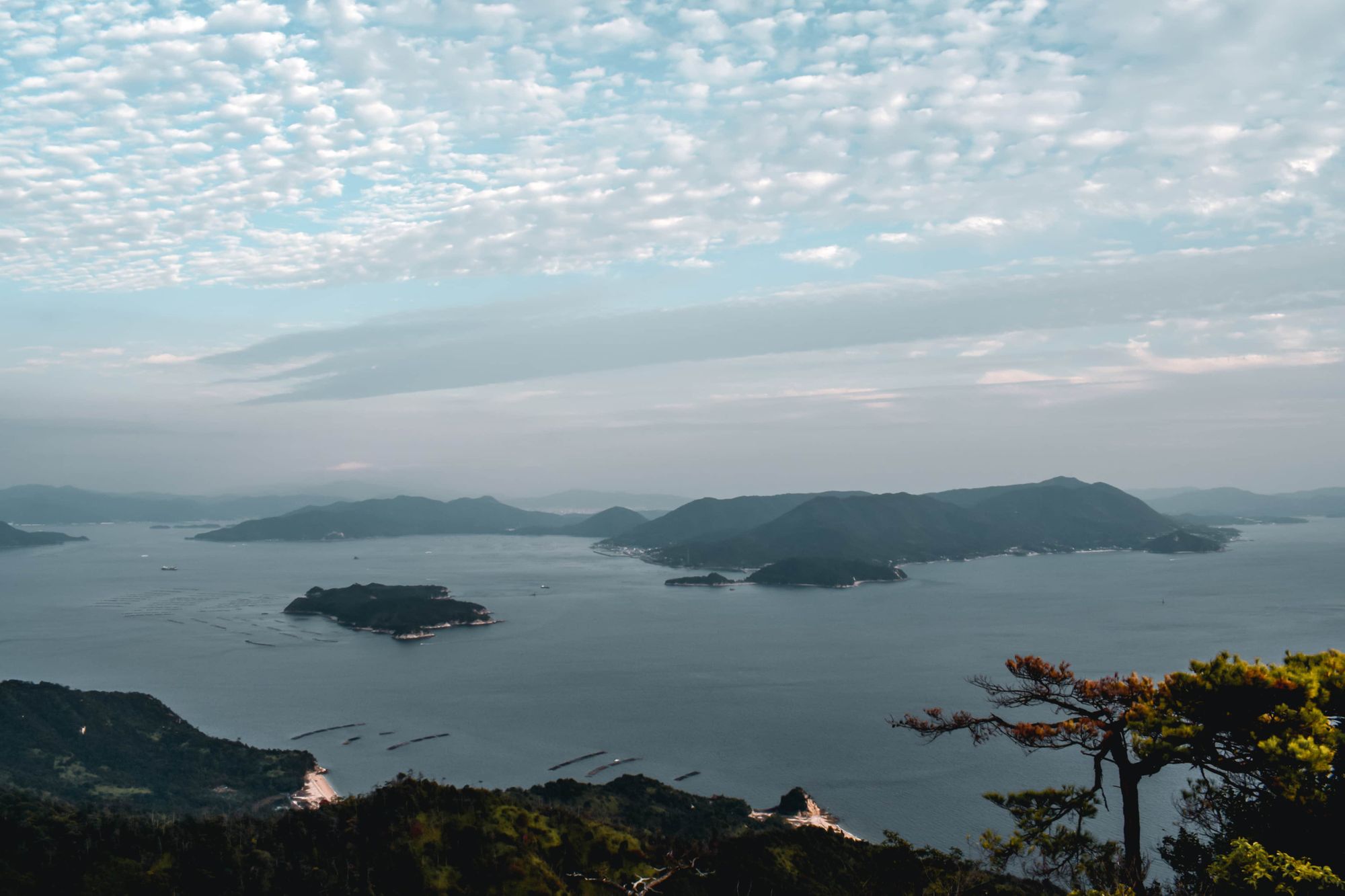