Let’s take a look at what kind of birds you can expect to find in Japan, and which areas offer the best opportunities for amateur ornithologists.

In terms of sheer biodiversity, Japan is a birdwatcher’s paradise. From the icy northern reaches of Hokkaido to the sun-soaked islands of Okinawa, the country stretches all the way from the arctic climate zone to the subtropical. The ecological effects are stunning, and it means that you can view a vast array of different birds without leaving the confines of one of the safest and most accessible countries on earth.

In fact, by some estimates, there are over 600 species of bird that make Japan their home, with about 60% of those being migratory. Many Japanese birds enjoy a revered status in the culture, having inspired poetry and paintings for centuries, while others are seen as a modern nuisance.

These are some of the birds which you’ll find in abundance pretty much all around the country. To some locals, they might be commonplace, but perhaps for you, they'll be something really special.

We’ll start off with the national bird of Japan. This endemic species has long been a popular feature of both hunting sports and historic myths. It's even mentioned in the oldest written historical records of Japan. The male has dazzlingly colorful plumage, while the plainer-looking female is famous for her brave spirit and maternal devotion. In fact, the females have earned the nickname 'Bird in the Burning Field' for their willingness to protect their eggs even with fires encroaching.

You’ll find these white and grey wading birds throughout the wetlands of Japan. If you’re lucky, you might even spot them in the shallow streams and rivers of the outer cities. They grow up to 1 meter in height and are traditional symbols of winter and patience. That’s because they exhibit great poise and dignity while standing in the waters, waiting for fish to swim into their reach. It’s little wonder that the Otori Clan took this elegant bird as their symbol.

Found throughout the islands of Japan, this handsome, white-striped bird averages only around 14cm in length. As one of Japan’s most successful forest bird species, you’ll find them munching on insects and berries from the northern tip of Hokkaido to the southern isles of Okinawa. In the north, they tend to be larger and lighter-plumed than in the south. Their drumming pattern is distinct from their Western relatives, with shorter rounds of beats.

This widespread raptor is one of the most populous birds of prey in the world. In popular folklore, these birds were often said to be tengu: wise and magical goblin creatures. They thrive around the coastal regions and lakes of Japan, so you won’t have to travel far to watch their agile aerial displays. You can easily spot them up close along the Kamo River which cuts through central Kyoto. In the Kamakura and Enoshima area near Tokyo, they scavenge from beach picnics and soar high above the cliffs in search of prey.

For those with quick enough eyes to spot these fast little birds, their colors are unmistakable. They have vibrant cyan plumage on their backs, and downy orange feathers on front. This makes them easily identifiable, even though they often pass in a blurry whirl. They’re found throughout Japan, but the Kanagawa area is an excellent place to see them from Tokyo. In fall, you can often find them at Makigaharaikeshita Park in Yokohama.

Japan has a complicated relationship with these beautiful and intelligent birds. There are two species in the country: jungle crows and carrion crows. They’re a very common sight in central Tokyo, where they’re regularly culled and often treated as pests. It wasn’t always this way; in many Japanese historic myths, the crow symbolizes rejuvenation and divine will. If you feel an affinity for this misunderstood bird, then Yoyogi Park in Tokyo is a great place to see them go about their business.

When this Asian variety of ash-brown migratory dove makes its way to Europe on occasion, birdwatchers flock to catch sight of it. In Japan, they’re extremely common. You can find them all over the country, however, the populations in Hokkaido and northern Honshu migrate south in the winter. They’re a gentle bird, with a distinctive call which is very different from that of their Western cousins.

Japan’s islands are home to a host of small birds ranging from the plain to the dazzling. Some lovely common species include the Japanese thrush (still difficult to spot due to its fondness for hiding amongst underbrush), the velvety-black Japanese wagtail (common along streams and rivers), and the gorgeous little Japanese tit (a common sight in gardens and parks).

The Rarer Birds of Japan

You can easily tick the basic Japanese birds off your checklist without much exertion. However, it will take some extra patience, travel, and know-how to catch sight of some of the country’s rarer species.

This bird occupies the number one spot on most Japanese birdwatcher lists by a country mile. They stand around a striking 5 feet tall, making them one of the largest types of crane. In Japanese art, they have long been symbols of long life and happiness — said to live for 1000 years. In reality, they can hope to reach 40, and spend the entirety of their adult life with a single mate.

Their fascinating courtship dances, performed from February to March make this the best time to go seeking them. Although their numbers are very limited, a healthy population of over 1000 thrives on the Kushiro Marshes in Hokkaido.

Another instantly recognizable species, you won’t have to fish around for your guidebook to know you’ve spotted one of these handsome creatures. While the females have muted brown and gray plumage, the males are the total opposite. Their well-groomed, colorful, patterned feathers are a sight to behold.

Although not endangered, their numbers have dropped significantly in recent decades. Lucky twitchers might catch sight of them in Tokyo’s Imperial Palace moat, or in the ponds near Meiji Jingumae.

The yellows and greens of this pigeon’s plumage elevate them far above their city-dwelling feral cousins. Another distinguishing feature is their curious habit of drinking saltwater. This makes them relatively easy to spot at certain places. One of the best is at Terugasaki Beach in Kanagawa Prefecture. Here you can expect to see hundreds of these beautiful green birds on the rocks from May to September.

This small flightless bird is likely the most endangered species on the list, with only around 700 remaining. If you’re lucky enough to see them darting around the forest floor, you’ll recognize their white and black-patterned chest, and red face with ease. The only place you’ll have any chance of spotting them in the wild is in Yanbaru, northern Okinawa. Even if you don’t manage to spot this elusive bird, you may well still hear them calling out loudly in the evening.

Those who leave the forest disappointed will still have a chance to see some captive Okinawa rails at the Okinawa Rail Habitat Display Learning Facility in Kuginami.

To the native Ainu people of Hokkaido, this bird was thought of as the godly guardian spirit of villages. It’s easy to see why it commanded such respect; as the largest owl on earth it reaches up to 72cm in length. They were once incredibly prolific across Hokkaido, but now they have dwindled in number to become one of the most endangered birds in the world.

Many of the remaining individuals make their home in eastern Hokkaido, which is where you’ll have the best (but still minimal) chance of finding them.

The first thing you’ll notice about this bird is a deep purple sheen to its wings and head, and the rustic brown of its underside and shoulders. They’re far from prolific, only found on the two small islands of Amami Ōshima and Tokunoshima. The species once faced threats from both mongooses and hat makers, the former for its meat and the latter for its gorgeous feathers. Nowadays it’s a closely protected species that are starting to flourish once more.

One of the most famous stories of modern avian conservation is that of Japan’s crested ibis. The bird faced extinction in Japan since the 80s because of more than a century of intensive hunting. The last specimen in the country died in 2003. Thankfully, captive breeding programs using borrowed Chinese birds have been quite successful, and now the island of Sado offers a good chance of catching sight of this distinctive red-faced breed in the wild.

As you might have surmised from the bird profiles above, the northern island of Hokkaido is the best place for experiencing the natural splendor of Japan. Over half the bird species in the country are found there! The forests, marshes, and coastlines of this beautiful corner of Japan are absolutely packed with fascinating avian wildlife. From Sapporo, you’ll find the breathtaking trio of Lake Onuma, Mt Hakodate, and the Yurappu River easily accessible.

If you only plan on staying in the vicinity of Tokyo, consider taking some trips to explore Kanagawa — the beautiful and relaxed coastal region to the south. Here you can visit the forests of Futagoyama, or Lake Miyagase. Alternatively, just stay in the city and visit any of its numerous parks.

If you’re Kansai-bound, then the mountains to the north of Kyoto offer some lovely chances to spot wild birds. Lake Biwa to the east is Japan’s biggest freshwater lake, and a total haven for thousands of migrating birds. The town of Toyōka also offers a chance to see wild storks.

Japan’s southernmost main island, Kyushu, reaches near-sub-tropical levels in summer. It’s relatively warm year-round, and its wetlands serve as an important travel hub for migrating birds heading to Siberia or SE Asia. In winter, the best place to see them is Arasaki, where four different species of stork spend the season in a group of over 13,000 individuals.

Every island of Okinawa offers a chance to witness some really unique animals, but the Nansei Islands in the north are the only places to see the aforementioned Okinawa rail (along with a healthy amount of other native species).

For those with a truly adventurous spirit, the Ogasawara Islands offer a unique experience. Commonly nicknamed ‘The Galapagos of the Orient’, this part of Japan is extremely remote. The ferry from Tokyo takes well over 20 hours, but the journey is worth it to see plentiful seabirds and some unique local species such as the Bonin honeyeater.

If you prefer your twitching inland and elevated, then the mountainous region of Chūbu might be for you. Here you can enjoy the splendor of the Japanese alps, while enjoying the high-altitude birds which call them home. Mt Norikura is one of the most easily-accessible spots to do so.

In truth, our guide to birdwatching in Japan barely scratches the surface of the variety of species and experiences on offer here. To cover them all in full would take a million words or more. If you’re dying to learn even more about the birds of Japan, then check out the writings of Dr. Mark Brazil — a leading English-language writer on the natural heritage of Japan, and long-time collaborator with Japanese media companies.

Whether you take a simple wander around the parks of Tokyo, or delve deep into the mountains of Gunma, you’re guaranteed to spot some beautiful birds on your way. What are you waiting for? Grab your binoculars, pack a bento, and get out there! 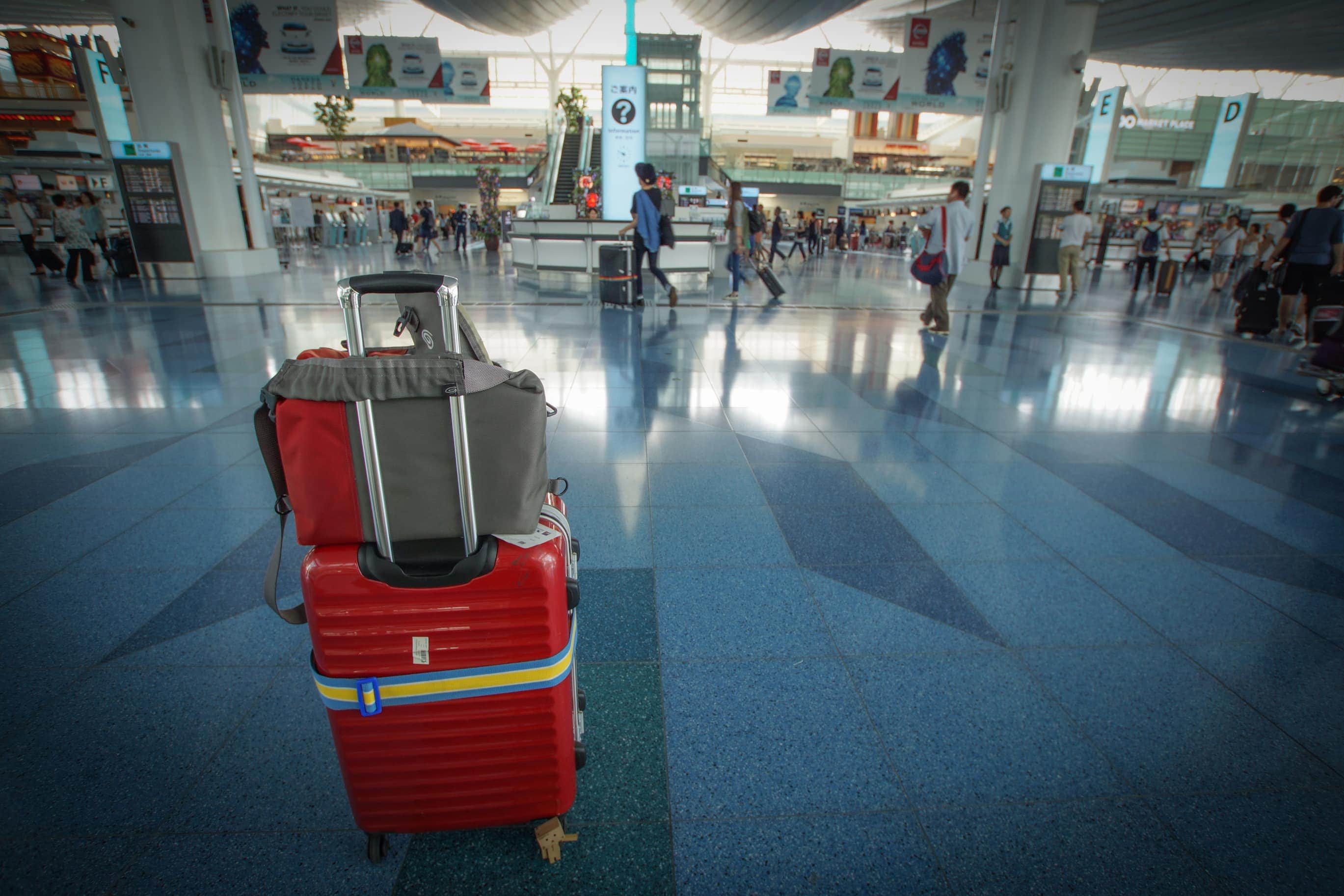 A Japan Travel Checklist | 9 Essential Things You Should Pack 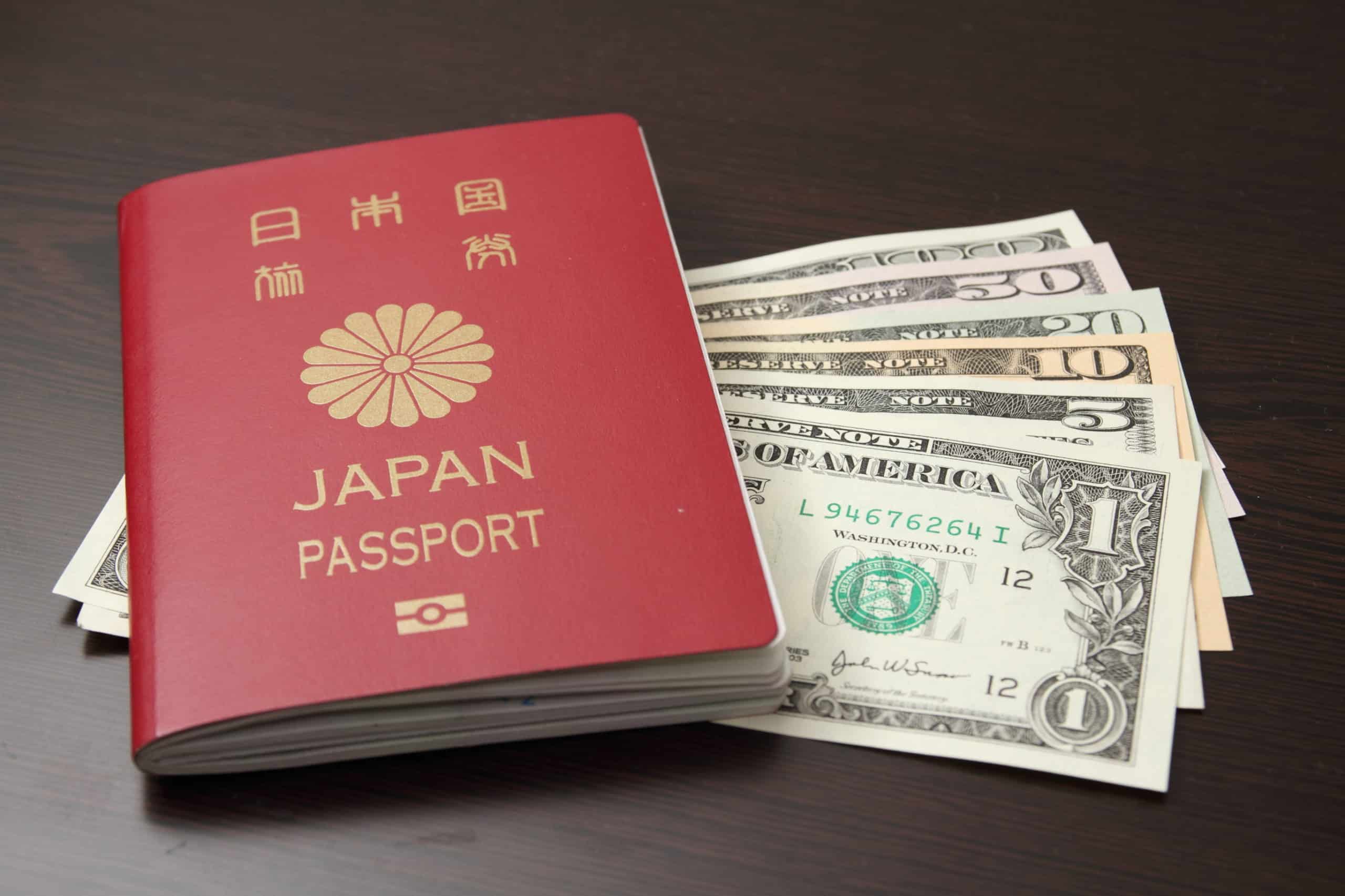 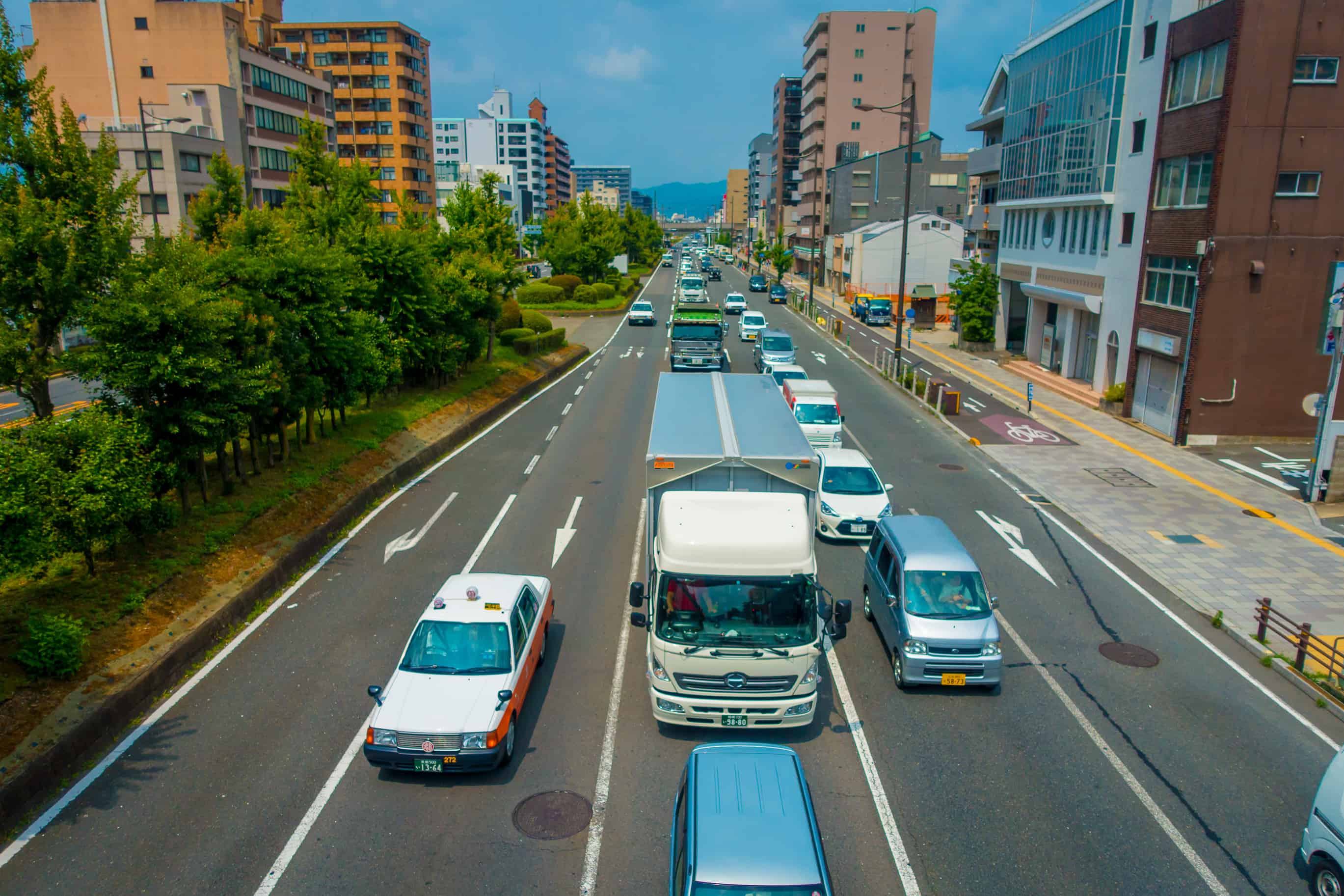